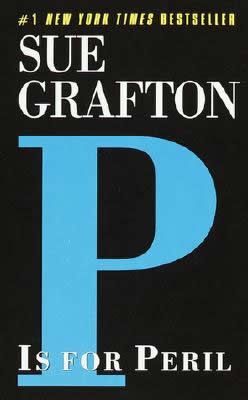 Dr. Dowan Purcell had been missing for nine weeks when Kinsey got a call asking her to take on the case. A specialist in geriatric medicine, Purcell was a prominent member of the Santa Teresa medical community, and the police had done a thorough job. Purcell had no known enemies and seemed contented with his life. At the time of his disappearance, he was running a nursing care facility where both the staff and the patients loved him. He adored his second wife, Crystal, and doted on their two-year-old son.

It wasn't Crystal who called Kinsey. It was Purcell's ex-wife, Fiona. Everything about their meeting made Kinsey uneasy. Fiona's manner was high-handed and her expectations unrealistic. Kinsey's instincts told her to refuse the job, yet she ended up saying, "I'll do what I can, but I make no promises."

It was a decision she'd live to regret.

Pursuing the mysterious disappearance of Purcell, Kinsey crashes into a wall of speculation. It seems everyone has a theory. The cops think he went on a bender and is too ashamed to come home. Fiona is sure he ran off to get away from Crystal, and Crystal is just as sure he's dead. The staff at the nursing home is convinced he's been kidnapped, and one of his daughters, having consulted a psychic, is certain that he's trapped in a dark place, though she doesn't know where. Kinsey is awash in explanations and sorely lacking in facts. Then pure chance leads her in another direction, and she soon finds herself in a dangerous shadow land, where duplicity and double-dealing are the reality and, with the truth glinting elusively out of reach, she must stake her life on a thin tread of intuition.

"P" is for Peril: Kinsey Millhone's latest venture into the darker side of the human soul.

"Latest Grafton mystery leaves fans panting for more...'P' is for pleased, which is what Sue Grafton fans are when a new issue in her alphabetized book series is released."
—The Oakland (MI) Press

"In her popular alphabet of PI mysteries, Sue Grafton has done for Santa Barbara, Calif., what Ed McBain did for New York in his Isola books: renamed it and mined its every glittering seam of corruption. Isola is a good cop's nightmare. Santa Teresa is a thoughtful detective's Rubik's Cube: near, colorful, frustrating—and full of surprises."
—Philadelphia Inquirer

"In the 16th book of her alphabet series featuring private investigator Kinsey Millhone, Sue Grafton gets back to basics, relying on a familiar cast of characters to round out the mystery plot of 'P' is for Peril...Grafton writes with assurance, and her ability to mix this stew of self-important medical people, rebellious teens, and good-natured neighbors speaks to her ability to create a satisfying read."
—The Boston Globe